Col. Jordan Bowling Palmer, CHA, CP, JD, has been active in civil rights and a public advocate for over a decade.

November 22, 2016: On Saturday two teeth fell out when I was eating. On Monday, I went to the dentist for X-Rays. I have to have oral surgery again (as I did in 2004). I have tumors again under Tooth # 18, and # 19 and definitely portions of my jaw line. They will cut them out (the teeth and sections of my left jawline) and like before, it will be sent for biopsy to see if the tumors are malignant or nonmalignant.

My thanks and love to everyone. I have been through this before, I just didn't think oral tumors would be a problem. So as my Mom and my Granny Ella Ruth Begley-Bowling taught us, prepare for the worst, but remain positive and pray for the best.

December 29, 2016 Update: The closer it gets to January 5th and the surgery to have these tumors removed, the more I just want it to be done with the biopsy results. But, no such luck, I won't get the biopsy results for another couple of days (or someone will, with all the medication I will be on I doubt I will remember my name). 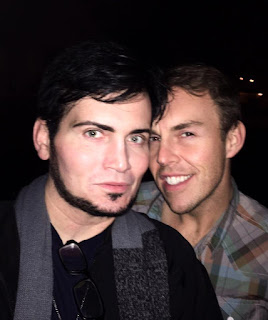 January 05, 2017 Update:  They stopped the blood flow to Jordan's mouth (I didn't know they could do that) and cut incisions on the side of his gums and inserted antibiotics because it is infected so they could not do everything they needed to do. They also took a biopsy of the tumors and then had to stop because no one told us we had to have money today.

The tumors are still there, but they have not got much bigger which is good. But are have to remove part of his jaw bone and replace it with cow bone so he can talk and also look about the same as he did before, but we have to have $2,400.00 (corrected from my mistake of $400.00 earlier, I forgot to put the 2 in front) when they remove the tumors Monday. Jordan is in a lot of pain.

Basically his insurance will pay for some type of obvious steel instead of cow bone because that is considered "cosmetic". - William Mason-Palmer (husband)

May your heart be filled with inspiration, your soul free, your journey fulfilling, and your life full of love. - Jordan Palmer
No comments:

Email ThisBlogThis!Share to TwitterShare to FacebookShare to Pinterest
Labels: Col. Jordan Palmer, Donation, Jordan Palmer's Future Vision
Newer Posts Older Posts Home
Subscribe to: Posts (Atom)
Kentucky Spirit is the official blog of Col. Jordan Bowling Palmer. The Honorable Jordan Palmer has been a critical part of civil liberties in the commonwealth of Kentucky and is also a public advocate.