Warning about extending your anger with federal politics to state politics

It is difficult for me to believe that the gay, lesbian, bisexual, transgendered, and intersex community in Kentucky is so cynical that they would vote against their own interests as published in the following stories:

If the Commonwealth of Kentucky had all the political money that it's political candidates have wasted in this election with mudslinging, Kentucky would be out of debt.  Perhaps we need a law that limits campaign spending and contributions?

-> Read more of this post by clicking here »»
8 comments: 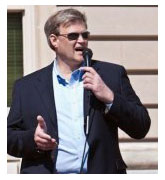 I got into a huge argument with Kentucky Republican Auditor of Public Accounts candidate John T. Kemper III.  Kemper stated the "Wear Purple Day," or "Spirit Day," was a "meaningless gesture," and also stated: "For me Homosexuality is a sin, the same as another sin, adultery, murder, cheating, stealing etc."

You can read more about it on Kentucky Equality Federation's Blog, as well as the popular Hillbilly Report.

Email ThisBlogThis!Share to TwitterShare to FacebookShare to Pinterest
Newer Posts Home
Subscribe to: Posts (Atom)
Kentucky Spirit is the official blog of Col. Jordan Bowling Palmer. The Honorable Jordan Palmer has been a critical part of civil liberties in the commonwealth of Kentucky and is also a public advocate.