A lot of people are pointing fingers at others right now about COVID-19. If only that would save lives. It will not. We are in this and no one thinking to thank the United Nations #WHO, the U.S. #CDC, or your #State and #local #HealthDepartments that this is the first major disruption to our lives in generations. I personally thank you!

-> Read more of this post by clicking here »»
No comments:

Jordan Palmer on strength and being a victim

My strength comes from within me. I have never been a victim. From being molested, being beaten for gay rights, to having cancer, I am not a victim and I never will be.... I’ve just never had the time to spare. ❌ You can’t complain or feel sorry for yourself. 🤨 Enduring hardships and deciding not to surrender is strength. 👍🏻 Never allow anything to define you and make you a victim..... forgive, forget, and move forward. 😘 I completely lock something away in my mind and give it no further thought. I am always ready to move on and leave anyone or anything behind that isn’t positive or good for me. ☯️ I believe in being strong when everything seems to be going wrong and always being optimistic. ♥️✝️

Out of suffering have emerged the strongest souls..... the greatest of these; the largest characters are seared with scars. ♥️😘 - All the best to anyone reading this.
No comments:

Col. Jordan Palmer on being a gay teenager in Kentucky

When it sunk in that being gay could get you beat or put on the street, I realized that I had to listen to MY voice, MY soul. Today, it saddens me that too many people listen to the noise of the world, instead of themselves. I broke every rule and I'm proud of it because I did it in a positive manner, with no ill will for anyone. ❤️ I never bothered with who hated me as a result, even when that person turned out to be my Dad. 🤷‍♂️ I purged myself of what others thought of me when I was a child. The Creator was with me the entire time. ✝️ It brings tears to my eyes when I see people hung up on what others think of them. 😢
No one can make you "feel" something about yourself unless you give them that power. No one can stop you except you. 😘 No matter what happens, keep going.
No comments: 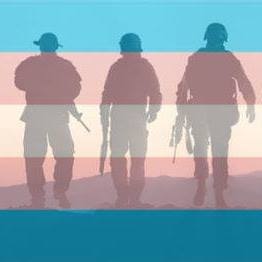